Training Village Doctors in the Cross-Border Region of Yunnan 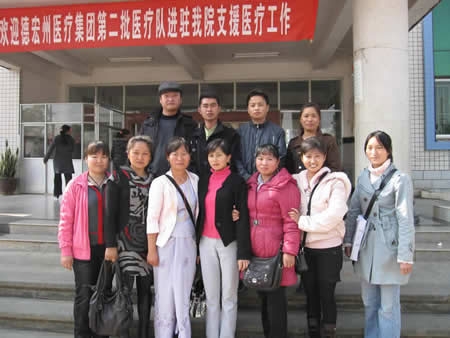 Kunming Medical University has received two CMB grants on rural health and is a Chinese partner in a third CMB grant for a network on rural health policy. One project, underway since 2009, develops model training methods for village doctors in three prefectures, two along the Myanmar border. Cohorts of 40 doctors in each of the three localities are now in the second phase of their training, scheduled for completion in 2012. In the two border localities, Myanmar village health workers have joined Chinese workers in the training sessions.

A second project undertakes comparison with Thailand of interventions for retention of health workers in rural areas based at the popular tourist destination of Lijiang as the Chinese site. A commonly developed framework will be developed so that the Chinese and Thai sides can more effectively compare their interventions.

The third project, soon to get underway, is Kunming Medical University’s participation in CMB’s rural health policy network. Coordinated by Xi’an Jiaotong University, medical institutions in 11 Chinese provinces and autonomous areas will appraise human resources policies for rural health in Western China. This collective approach to mapping the availability of, and need for, rural health resources can help identify the means to attract and retain health workers in underserved areas.