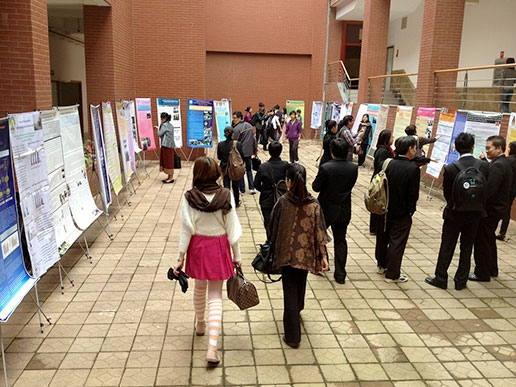 Collaboration is essential in confronting health challenges that increasingly extend beyond the border of a single country. This is especially true for China, whose border province Yunnan is part of the Greater Mekong Sub-region (GMS), an area that also includes Cambodia, Laos, Myanmar, Thailand, and Vietnam. The 4th International Conference on Public Health among Greater Mekong Subregional Countries (GMSPHC), hosted by Kunming Medical University from September 15-16, sought to strengthen collaboration on public health challenges among these countries.

The two-day conference served as a platform for sharing the research, experiences, and best practices on public health from the Greater Mekong Sub-Regional countries. The theme of the conference was "Emerging Public Health Issues among the Greater Mekong Sub-Region: Challenges and Opportunities for Global Collaboration." Over 1,000 participants, including 150 international scholars from the GMS, India, and the United States, joined the discussion.

The two-day GMSPHC was preceded by a "Dean's Meeting" on September 14, which brought together 14 member schools of public health in the GMS. The deans formalized the creation of a GMS Public Health Academic Network with the "Kunming Declaration," giving the network structure and assigning it a clear mission of enhancing capacity for education, research, and policy advocacy. The deans also began planning for the 5th GMSPHC, which will take place in Myanmar in 2013.

The GMSPHC series began in 2009 with a meeting in Kohn Kaen University in Thailand. The series has continued since then with the 2010 meeting in Hue, Vietnam, and the 3rd GMSPHC, also sponsored by CMB, in Luang Prabang, Laos, in 2011.