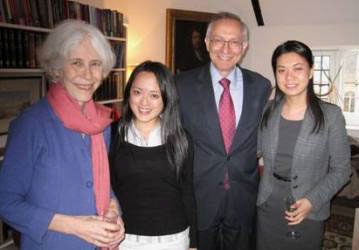 A new CMB project takes a fresh approach to the study of health in this dynamic region by focusing on the shared interests of historians, epidemiologists and other public health practitioners, and policymakers. By looking through the prisms of interaction and exchange, this study will shed new light on how ideas about medicine and health have traveled within and beyond Southeast Asia.

This study is part of a suite of projects that will mark CMB’s hundredth anniversary in 2014. It is being led by Professors Sunil Amrith of Birkbeck University, Tim Harper of the University of Cambridge, and Emma Rothschild of Cambridge and Harvard. A planning meeting took place in Magdalene College, Cambridge, UK in May 2011 and a regional meeting is planned for summer 2012. Transnational Histories of Health in Southeast Asia, the published volume, is scheduled for release in 2014.

The flow of people, ideas, epidemics, and institutions across national borders has had significant, sometimes transformational, effects on the history of health in Southeast Asia over the past hundred years. A linking theme for the study is health transition. Human migration has been a dual driver, as the migration of health workers and the health of migrants are major forces shaping health and healthcare in Asia. Changes in environmental conditions also have been determinants of health in the region, and the long-term changes tracked by many environmental historians are valuable to epidemiologists and policymakers interested in forecasting future challenges. Demographic history has been an underdeveloped field in Southeast Asia, but issues of lifestyle, aging populations, and changing family structures all have influenced, and will continue to impact, the region’s health.

About 25 senior scholars, for the most part based in or from Southeast Asia, will contribute papers to the project’s final volume. But the project also aims to build research capacity at the interface of history and health policy in Asia by involving younger scholars in the project. Graduate students and younger scholars at CMB partner institutions in Asia will present research papers at regional meetings in 2012 and 2013. In addition, six to eight young Southeast Asian scholars will attend a July 2013 summer school on health and history in Cambridge, England, where access to library resources and additional mentoring will help them prepare draft articles for publication in academic journals.

Link  For more information about this project, please see the project website (English only) here: