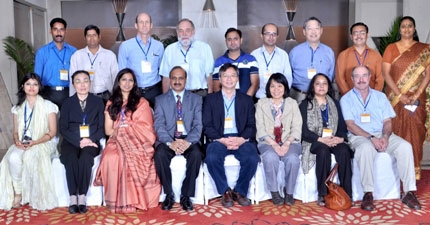 Planning is under way in Bangladesh, India, Vietnam, China and the United States to revamp public health education driven by a new understanding of the competencies required in our modern era. Recognizing the common challenges of designing competency-based curricula, the Public Health Foundation of India—in cooperation with the Harvard School of Public Health and the China Medical Board—organized a workshop in New Delhi, India on 18-19 April 2012 on “Cross-Country Comparison of Master’s and Doctoral Level Public Health Programs with a Focus on Competency-Driven Curriculum.”

Discussion centered on the following topics:

Brainstorming exercise. Participants brainstormed about the public health problems that exist, functions public health professionals need to perform, and how to link needs to the competencies in the curriculum.

Shifting the paradigm on competency frameworks for public health professionals. Today, most schools are teaching core areas and integrating disciplines, but have not adequately integrated problem solving into practice.

The group was particularly excited about contributing to the transformation of public health education. As their report concludes: “Especially attractive is the possibility that a global (not just American) movement can be developed to refashion a new vision for public health education by 2015, marking the second century of the Welch-Rose report.”