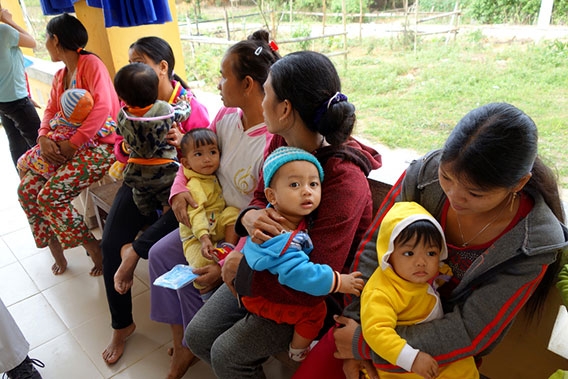 CMB President Lincoln Chen accompanied by Trustee Harvey Fineberg and Dr. Mary Wilson visited Vietnam as members of a CMB delegation in January 2013.  Hosted by the Vietnam Health Minister, Madame Nguyen Thi Kim Tien, the delegation visited medical universities and primary health care systems in Hanoi, Hue, Ho Chi Minh City, and Can Tho. Inter-professional education for effective primary health care in Hue and Can Tho has been a priority of Dr. Le Nhan Phuong of Atlantic Philanthropies who has organized joint funding with the CMB.

The Vietnamese government has announced a major commitment to primary health care by strengthening the operations of its commune health centers that serve on average 10,000 people. In Hue and Can Tho, the CMB delegation visited commune centers and district hospitals, which are steadily consolidating their services integrating all aspects of health care. Vertical integration deals with downward technical support and supervision from tertiary to secondary to primary levels and upward linkages for referral and backup. Horizontal integration at the primary level brings together previously separated curative, preventive and promotive health interventions by a team of physicians, nurses, and allied health workers.

The medical schools in Hue and Can Tho are oriented to serving their assigned populations in the ancient capital and central highlands and the Mekong delta region, respectively. To do so, pioneering work is being pursued in inter-professional education, family medicine, technical skill development, and integration of public health at the commune level to develop effective models of primary health care. Lessons from Vietnam should prove to be useful not only for the country but for many other countries confronting similar challenges.