Commission Report: The View from Asia 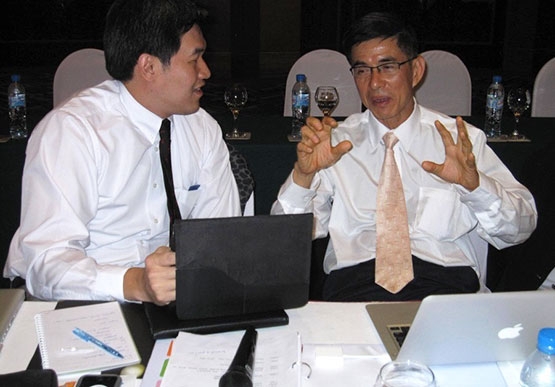 Five months after the Commission on the Education of Health Professionals for the 21st Century issued its report, health professionals in Asian countries are considering ways to implement some of the recommendations into their own national systems for medical education. National teams from Bangladesh, Thailand, and Vietnam, along with observer delegations from China and India, met in Hanoi on April 28 to discuss their national situations and plans. CMB President Lincoln Chen, who served as co-chair of the Commission with Harvard School of Public Health Dean Julio Frenk, joined the Hanoi consultation.

In its report, the Commission outlined a new generation of reforms needed to meet the demands of health systems in an interdependent world. The Hanoi consultation provided an opportunity for the Bangladeshi, Chinese, Indian, Thai, and Vietnamese representatives to discuss the plans they are drafting to adapt the Commission’s recommendations to meet their national contexts and needs.

Steps taken in the five countries to catalyze health professional education include the following:

While planning is at different stages in the five countries, attendees at the Hanoi meeting anticipate opportunities where broader Asian cooperation could strengthen their respective national efforts in situation analysis, information sharing, and joint activities. The representatives proposed creating a five-country, multiprofessional network to exchange information on research methods, case studies of innovations, and other information on professional education reform.

Further details on the Commission on the Education of Health Professionals for the 21st Century and efforts to implement its recommendations can be found at www.healthprofessionals21.org.