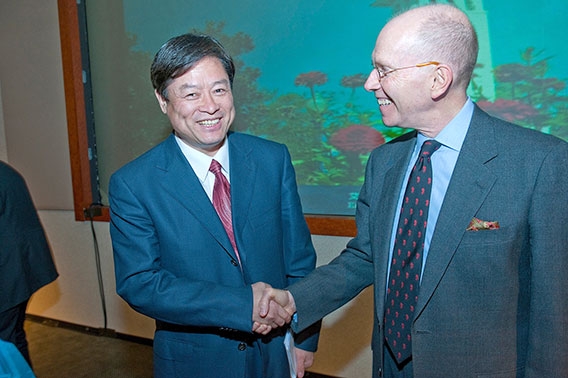 “People are the active agents who transform knowledge for health,” write CMB Chair Mary Brown Bullock and President Lincoln Chen in the opening essay of CMB’s 2010-2012 Biennial Report. It is a theme that is echoed throughout the recently released report, which features profiles the many people who partner with CMB. With CMB support, the work of these people showcases the ways in which CMB’s goal to promote health can be realized through improved policies, research, and health professional education.

The report also describes CMB’s three major programmatic areas—in China health policy and systems sciences (HPSS) and health professional education (HPE) and in Southeast Asia these two same themes —all shaped into the context of health transitions in these countries in Asia.  The report also illustrates how CMB works with partners seeking evidence-based policies and strong health professionals for the twenty-first century.

To read the 2010-2012 Biennial Report, click here. Printed copies are available upon request.