PUMC: "The Cradle of Modern Medicine in China" 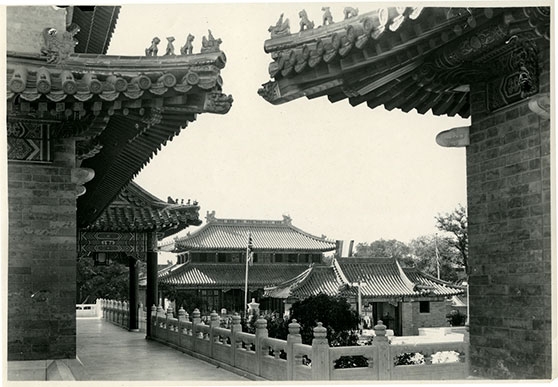 Peking Union Medical College (PUMC) kicked off its 95th anniversary with the fifth Conference on Medical Education on September 20, which celebrated PUMC's contributions in the field of medical education but also asked: How can we continue pursuing excellence in medical education?

Dr. Chen, who also co-chairs the Lancet Global Commission on the Education of Health Professionals for the 21st Century, then presented a keynote address on "Medical Education: In Search of Excellence." The talk was a follow-up to his PUMC seminar presentation last year on the Lancet report findings.

In his discussion, Dr. Chen praised PUMC, "the cradle of modern medicine in China," for the ways in which it has historically exemplified excellence: world-class faculty and students, a premier medical education program, research innovations, and its contributions to China's health outcomes--specifically, the remarkable increase in life expectancy in China the past century from 30 to 71 years.

Dr. Chen also suggested that, while some aspects of excellence are enduring--like respect for patients, responsiveness to their needs, and the use of systematic evidence-based problem solving--the quest for evidence much adapt to changing times and contexts. Today's China is very different from the China of a century ago when PUMC was created. Dr. Chen emphasized that excellence in the context of reforms in education and health "will have to recognize the diverse functions of medical education, acquisition of new competencies, exploitation of fresh learning tools, and meeting new tools in health care delivery." One particular challenge that China continues to face is how best to expand access to primary healthcare. In response, PUMC has launched a "major training of trainers program" to support the 5+3 model, which seeks to produce competent medical professionals through 5 years of medical school plus 3 years of clinical training.

In the lively discussion that followed, education experts from within and outside China discussed with the audience how changes in student-initiated education, IT learning breakthroughs, international exchange, and recent innovations at participating schools may represent new paths in the pursuit of excellence.