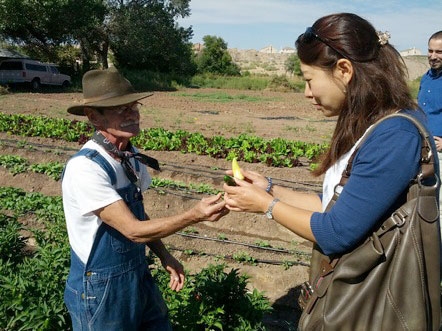 Social equity is a high priority for China's policymakers; nevertheless, rural areas, especially those in Western China, continue to lag far behind urban centers in providing equitable access to health services. This is due, in part, to the great difficulties rural areas face in recruiting, training, and retaining qualified medical professionals. It's a challenge that China shares with other countries, as members of the CMB Western Rural Health Network (Rural Network) discovered during study tours of Canada and the United States in September and Thailand and Laos in October.

The Rural Network, formed in 2011, engages 12 medical schools in Western China in collaborative activities to strengthen the training and support of rural medical professionals. Nine leaders of these rural medical schools visited rurally oriented medical schools in Ontario, Canada and New Mexico, United States, ot learn how their North American counterparts work with local communities and available health service providers to recruit local students, provide training according to local needs, and support medical professionals to work in rural and underserved areas. At the Northern Ontario School of Medicine (NOSM), Chinese participants were impressed with the school's ability to recruit local students and train them as family physicians to serve the surrounding area. Delegates also noted NOSM's high number of off-campus study sites and use of special technology like video equipment to facilitate telecommuting. At the University of New Mexico School of Medicine, the delegates observed how public health students are given early exposure to clinical work and the local community through community visits.

After participating in the study tour, Xia Xiulong (夏修龙) of Jiujiang University reflected: "As long as a country has differences between urban and rural areas and many ethnic groups, it also faces the problem of health equity. This is true for the United States, and even more in China. To address health equity, we must first close the health workforce distribution gap between rural and urban areas." Prof. Xia noted that he had taken away strong lessons from the study tour that he hopes to apply in China. Eventually, he hopes that China can "achieve patient-centered, student-centered, and community-centered" medical education.

The following month, 26 other members of the network visited rural medical schools closer to home in Thailand and Laos. In Thailand, on the policy side, the delegation heard from former Minister of Health Dr. Mongkol Na Songlha describe Thailand's "One Doctor, One District Policy" (ODOD), which helped increase the production of rural doctors; for a medical school perspective, they learned about steps Chiang Mai University is taking to train and retain medical students. Finally, delegates visited sites of rural health service delivery at the regional, community-district, and sub-district "health center" levels. About half the delegation continued on to Laos to visit the Laos University of Health Sciences.

For more information on the Rural Network and its study tours, please see "Rural Health Network Takes Shape in Western China" and "NOSM Welcomes Delegation for China Medical Board Study