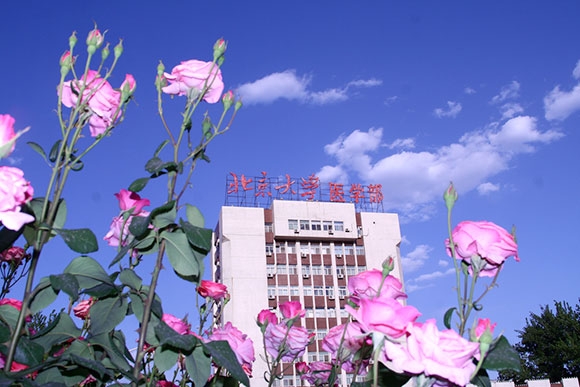 Peking University Health Sciences Center (PUHSC) one of China’s leading medical universities celebrated its 100th anniversary on October 26, 2012.  Hosted by President Han Qide and Executive Vice President Ke Yang, the celebration was attended by a host of dignitaries, Chinese and foreign, including thousands of PUHSC faculty, staff, students, and guests.

In his remarks at the anniversary ceremony, CMB President Lincoln Chen spoke about how medical universities like PUHSC are the drivers of much of China’s health success that has led to the doubling of Chinese people’s life expectancy over the course of the past century.  Medical universities can transform health because they are the repositories of knowledge. “Medical universities educate the knowledge agents, health professionals who provide the critical link for people to access health technologies and services,” he said. “Medical universities also train the knowledge producers, scientists and researchers in discovery, innovation and R&D, and facilitate the intergenerational transmission of knowledge between older faculty and younger students.” Through these means, he explained, knowledge sets the foundation for sound evidence-based health policies and, most importantly, empowers people to adopt positive health behaviors.

PUHSC and CMB have a long history of collaboration, all demonstrating how knowledge can promote good health. Together, they spearheaded the 2008 Lancet China health series, established China’s first Center for Health Development Studies, and helped to host the October-November 2012 Second Global Symposium on Health Systems Research, in cooperation with the Ministry of Health and the World Health Organization.