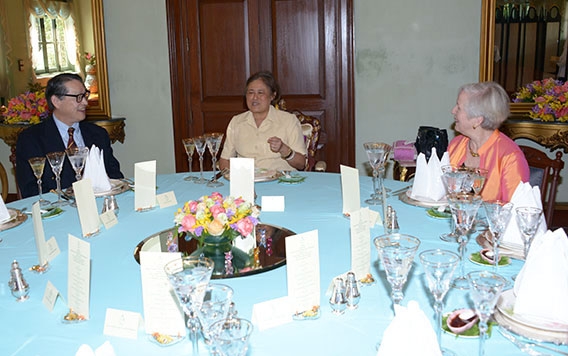 Thailand recently announced the establishment of a National Commission on Health Professional Education. Emerging from the Prince Mahidol Award Conference of January 2014, Thai leaders in government, universities, and professional associations came together to create a national initiative seeking to transform learning for health equity.

The Commission conducted an initial launch conference in Bangkok in November 2014 that was attended by 450 Thai participants. At the conference, six working groups were established focusing on specific areas of reform. The working groups included various stakeholders from university leaders and faculty to government and to leaders of Thailand’s major medical professional associations. Just prior to the national consultation, the Thai Commission hosted an international high-level consultation seeking to learn from innovations from around the world.

CMB pledged in January 2015 to commit $330,000 to help start the work of the Commission. The CMB grant is expected to be very modest in comparison to the Thai resources that will be mobilized in support of the Commission’s work.

To inform Her Royal Highness Princess Maha Chakri Sirindhorn, the President of the Prince Mahidol Award Foundation, CMB President and Martha Chen requested a courtesy call that led to HRH hosting a luncheon on January 24, 2015. Eight guests were in attendance, including Vicharn Panich, Charas Suwanwela, Prasit Watanapa, and Tassana Boontong. The luncheon strengthened the continuing cooperation between CMB and Thai reforms in medical education. Video footage of the royal luncheon was broadcast on national Thai TV that evening.