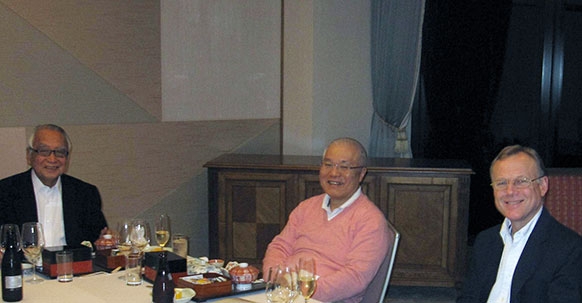 Japan has the longest national life expectancy in the world. It also had nearly a half century of universal health coverage. What explains the Japan health phenomenon? How can lessons from Japan be mobilized for mutual learning in Japan and around the world? Answering these questions is the purpose of a series of papers to be commissioned in a Lancet Japan initiative.

The Japanese Committee deliberated on 5-6 theme papers for a Lancet-Japan health series that is scheduled for publication in September 2011, 50 years after Japan achieved universal health coverage. Overall questions to be addressed by the commissioned studies are: How did Japan achieve the best life expectancy in the world? And what are the challenges for Japan’s universal coverage in the world’s most rapidly ageing society?

The commissioned papers by teams of authors will present draft papers at an International Conference scheduled for Tokyo in September 2010 with submission of final manuscripts by February 2011. Publication and launch of the Lancet Japan series is scheduled for September 2011.