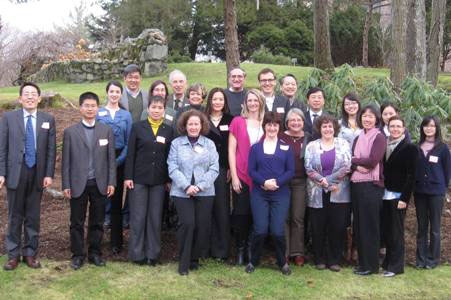 Authors presented their studies of significant cultural, scientific, political, and economic transitions of the past century at a workshop held at MIT’s Endicott House on December 10-11, 2011. Noted is that life expectancy in China doubled during the twentieth century – one of the era’s great successes – but how have changes in the practice of medicine, politics, or economics catalyzed these advances? Study abroad for medical professionals was an important feature of Republican China and has continued during the era of reform and opening; what impact have these returnees had on their home country? The need for battlefield medical facilities was one driver of the Chinese government’s interest in modern medicine; can traces of this legacy still be seen the current practice of medicine? What were the health system changes introduced with the Communist victory in 1949 and during the opening of the Chinese economy starting around 1980?

This research will culminate in a book, scheduled for publication in 2014, CMB’s centennial year. “CMB’s history has been inextricably linked to the evolution of China’s health sector,” said CMB President Lincoln Chen, “from the introduction of modern medical practices in the early twentieth century to the current-day challenge of providing equitable access to quality care. So we expect this volume will help people understand how CMB’s 100 years of work fit into a broader Chinese medical, cultural, and social context.” Further details on CMB’s 100th anniversary plans can be found on the CMB Centennial page.