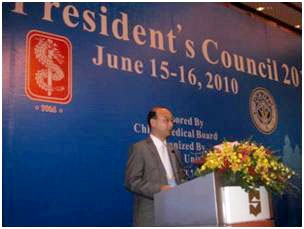 The meeting closed in the evening of June 16 with an informal cruise on Guangzhou’s scenic Pearl River.