Westlake Youth Forum to Strengthen the Next Generation 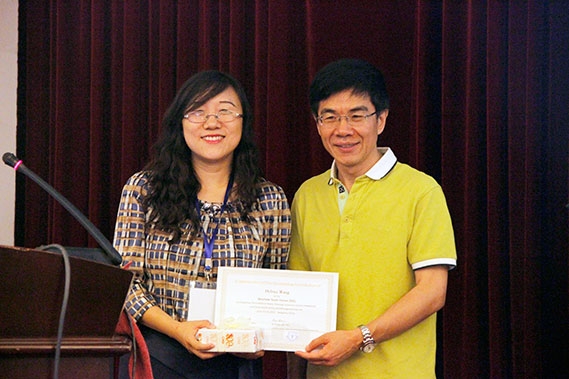 Promoting innovations in health policy research among China’s next generation of researchers is the goal of the Westlake Youth Forum series. CMB in collaboration with Zhejiang University hosted the second Westlake Youth Forum in Hangzhou on June 16-17, 2015. Participating were about 80 Chinese and international scholars – nearly all associated with CMB’s young scholars capacity building work in China. Many participants had been successful applicants in CMB’s Open Competition for small research grants in HPSS.

Inaugurating the Forum was former Zhejiang medical President Ba Denian, founder of the Westlake Forum series, who opened by encouraging participants to pursue “good ideas and good plans” that will persuade both leaders and the public of the benefits of evidence-based health policy reforms. In his opening remarks, Li Wenkai, CMB’s Beijing Office Director, highlighted four factors to craft effective public health policies: surveillance (what is the problem?), risk factor identification (what is the cause?), intervention evaluation (what works?), and implementation (how do you do it?). Other invited speakers addressed health economics, the links between health and economic prosperity, environmental health, big data and precision medicine, and rural health, among other topics.