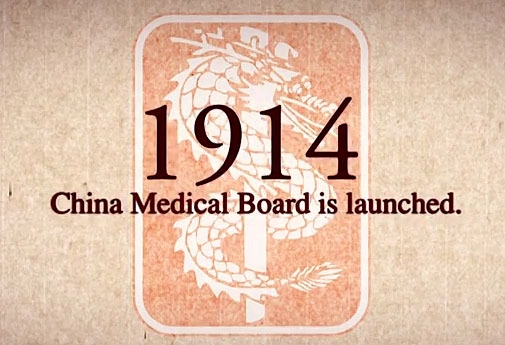 A CMB documentary TV series will present the untold story of China’s quest to advance the health of its people over a tumultuous century. Much of Chinese capacity was the introduction and expansion of modern medical sciences by CMB through its premier institution, the Peking Union Medical College. The documentary will trace how, from his first charitable donation of just $10 in 1865, John D. Rockefeller’s growing contributions transformed the course of modern medicine in China. Through historic recreations and contemporary accounts, this documentary film will tell the story of 100 years of exchange of people and ideas at the frontier of modern medicine.

This 5 part documentary series produced by Phoenix Television will air the week of September 15, 2014 in 30 minute daily segments and broadcast in China. The documentary is intended to both entertain and educate, following the extraordinary work of a group of men and women, American and Chinese, through four wars and three revolutions, reviewing the challenges that CMB faced as it charged a path through the dramatically changing contexts of US-China relations over the course of the 20th century. It will be set primarily in the present day, but will also relate stories from the past that are linked to continuing themes in CMB’s work and in China’s ongoing struggle to improve the health of its people.