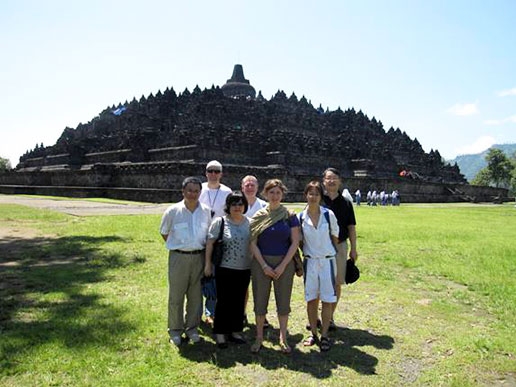 An ambitious and unusual Lancet series will engage scientists from 10 countries in Southeast Asia mapping health in this region which has a population size of over half a billion people, spanning wealthy countries like Singapore to extremely poor countries like Laos, populous countries like Indonesia to small states like Brunei spread across vast oceans. Strategically important because the region controls the energy supply lines to Japan and China, and economically important because the region has long been a crossroads of trade between China, India and Africa, health conditions in the region vary enormously between extremes. Indeed, within this single region, global health diversity is mirrored. How the region manages cooperation can offer lessons and insights into global health cooperation.

To review six draft theme papers, a Lancet Series on Health in Southeast Asia: Author’s Workshop was conducted at the Faculty of Medicine atGadjah Mada University, engaging about 40 participants that included representatives from the sponsoring organizations: Lancet, Rockefeller Foundation, Atlantic Philanthropies, and China Medical Board. At least two authors for each of the six theme papers attended along with members of the Regional Steering Committee and the Scientific Advisory Group. The meeting was hosted by the medical school, and CMB's Dr. Rebecca Firestone coordinated the series.

Peer review was conducted on the six theme papers, noting some papers in good shape with others requiring remedial revisions. The project's timeline gives an additional four months before formal Lancet peer review. At the workshop, author groups convened and made preliminary revisions of draft papers, moving towards more rigorous revisions of the draft.

The theme papers are to be submitted by July 2010 for the Series publication which will be launched at the January 2011 Prince Mahidol Award Conference in Bangkok.