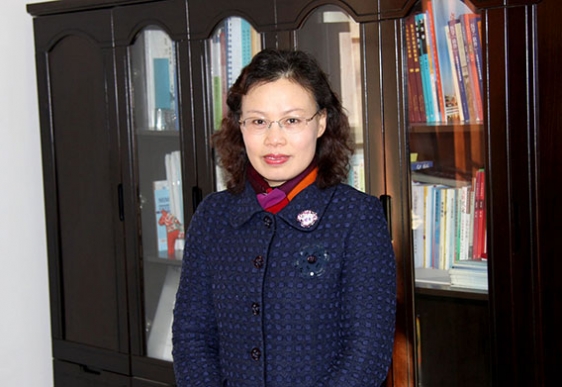 Hu Yan is a Professor and Vice Dean of Fudan’s School of Nursing. She has served as Chair of the CMB China Nursing Network since October 2011.

Q: How did you come to work with CMB?

A: As one of the first POHNED nursing graduates, I received CMB support to study at Chiang Mai University from 1994-1996. After graduating from the master’s program in Thailand, I’ve maintained strong links with CMB as the Principle Investigator of 3 CMB projects. I’ve also been involved in the CMB China Nursing Network (CCNN) from its beginning, and have been serving as Chair since 2011.

Q: Can you tell us about the POHNED program and its impact?

A: POHNED is the Program on Higher Nursing Education Development which was supported by CMB from 1994 to 2000. I believe it to be one of the most successful programs that CMB has ever supported. POHNED aimed to prepare nursing leaders to teach baccalaureate nursing programs throughout China. Headquartered at Xi’an Jiaotong University and conducted in collaboration with Peking University, Peking Union Medical College, Fudan University, Sichuan University, Central South University, Sun Yat-Sen University, and China Medical University, POHNED supported 84 Chinese nurses to obtain their master’s degree from Chiang Mai University. POHNED graduates now serve as leaders of many educational and healthcare institutions throughout China -- 20 are deans and associate deans in “211” and “985” key universities and more than 30 are directors or vice directors of nursing in the top Chinese teaching hospitals. POHNED is therefore milestone in the development of nursing in China.

Q: Can you tell us about the CMB Nursing Network?

Q: What are some of the largest challenges for nurses in China?

A: Nursing is a rapidly developing discipline in China. In 2011, nursing was designatged as first level discipline by the Ministry of Education, which is a great opportunity for Chinese nursing. However, as most of current Chinese nurses have been educated only in associate degree programs, there is long way to go in terms of professional development. For nursing to achieve stature, professionalization, and reocognition, doctoral education and research are key developments that require special attention and prioritization.

Q: What are your hopes about the future?

A: I’m now working with our CCNN schools to develop a blended education model for core PhD nursing courses. These courses would combine regular courses with IT-based learning using a “flipped classroom” that will increase classroom interactions. Three core PhD courses will be developed with this new model that we hope will be applied not only to CCNN schools but eventually spread to all 45 PhD nursing programs in China.