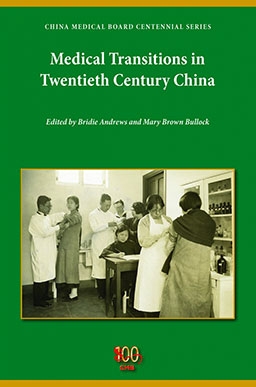 The China Medical Board’s 100th anniversary in 2014 provides an opportunity to engage scholars, especially in China, in a retrospective examination of the history of the emergence of modern medicine and public health in China during a turbulent and transformative era.

This new volume, edited by CMB Board Chair, Mary Bullock, and Bentley University Professor of Chinese History, Bridie Andrews, has brought together a team of international scholars to explore the fascinating history of health and medicine in China during the 20th century.

“This volume examines important aspects of China's century-long search to provide appropriate and effective health care for its people. Four subjects—disease and healing, encounters and accommodations, institutions and professions, and people's health—organize discussions across case studies of schistosomiasis, tuberculosis, mental health, and tobacco and health. Among the book’s significant conclusions are the importance of barefoot doctors in disseminating western medicine, the improvements in medical health and services during the long Sino-Japanese war, and the important role of the Chinese consumer. Intended for an audience of health practitioners, historians, and others interested in the history of medicine and health in China, the book is one of three commissioned by the Chinese Medical Board to mark its centennial in 2014.”
-Indiana University Press

For more information, please see the book’s page at IUP.