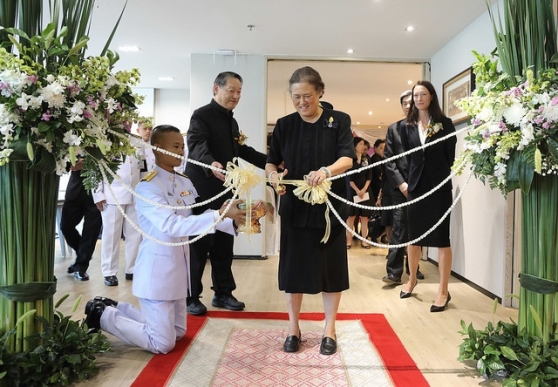 On February 1, 2017, the new CMB Foundation office in Bangkok was inaugurated by Her Royal Highness Princess Maha Chakri Sirindhorn. With the joint support of The Atlantic Philanthropies, CMB opened an office on Sukumvit Road in Bangkok as a regional hub for its work in the region, especially the Transformative Leadership for Health Equity Initiative. The Equity Initiative (EI) aims to cultivate 500 next generation leaders and build communities for health equity in the ASEAN region plus China over the coming 20 years. Hosting the Princess was EI Co-Directors Piya Hanvoravongchai and Le Nhan Phuong. After a formal welcoming ceremony, the Princess was shown a wall display of 100 years of CMB history in strengthening medical education in Thailand by Jennifer Ryan, the Chief Operating Officer of the EI and CMB President Lincoln Chen. The inauguration was broadcast nationally on Thai national TV the same evening.