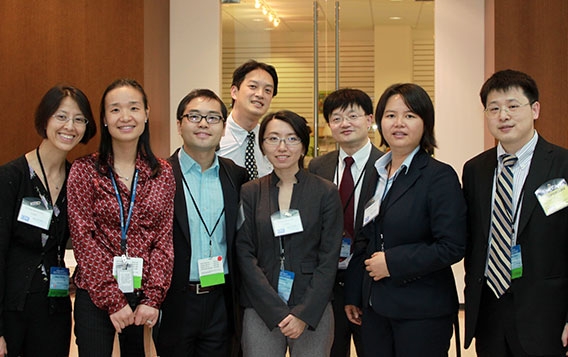 China is a critical subject of study for scholars working in population health research. For some researchers, like Chen Zhuo, a Senior Health Economist at the U.S. Centers for Disease Control and Prevention, the connection to China isn’t just scholarly, it’s personal. Chen Zhuo is part of an active and growing community of young Chinese scholars that overcome geographies through the China Health Policy and Management Society (CHPAMS) and contribute to China’s health improvements.

Since its initiation five years ago, CHPAMS has grown from a small informal group of talented young Chinese scholars to become an independent organization with over 2,200 members. With the support of the China Medical Board, it brings together academic communities in China and oversees to promote population health research, strengthen individual and institutional research capacities, and collaboratively improve health in China. Unfazed by the constraints of physical boundaries, these young scholars utilize CHPAMS as a forum for discussion, reviews, information sharing, and joint research projects related to population health issues.

One of CHPAMS’s major successes is its quarterly online magazine, the China Health Review, which serves as a platform for discussion and dissemination of new research.

CHPAMS members also engage in face-to-face health research exchange. They have joined in the Second and Third Westlake Forums in Hangzhou, China and Atlanta, US, and the Westlake Youth Forum in Hangzhou in 2012. CHPAMS will also organize a public hospital reform roundtable at the Chinese Economist Society meeting coming up in Chengdu in June 2013.