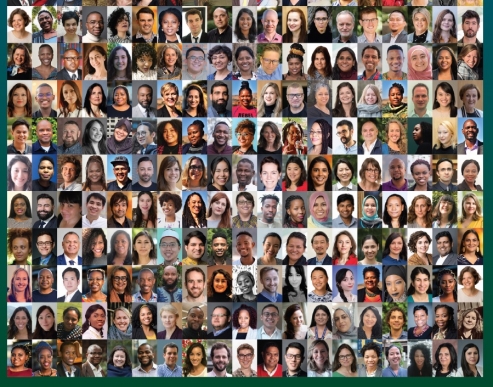 The July 7-9 Atlantic Leadership Convening in Phuket, Thailand, brought together the leadership of the seven interconnected Atlantic Fellows programs, including our own Equity Initiative, for thought-provoking conversations about what these programs have achieved to date and their goals for the future.  Collectively, these seven fellowship programs represent AP’s “big bet” on changemakers who will work to create fairer, healthier, and more inclusive societies.  CMB was proud to join AP in launching the Equity Initiative (EI) in 2016 – and six years later, I can affirm that what EI and the other equity-focused programs have already accomplished exceeds all expectations.

The convening’s overarching theme of “(K)new Leadership” drew on the Atlantic community’s concept of “(k)new solutions” – that is, solutions that draw on longer histories and solid foundations of knowledge while also capitalizing on leaps in innovation.  That theme set the tone for panel discussions that were ambitious in scope, focusing on global changes in economic and social thinking; health equity post-COVID-19; responses to health crisis around the globe; questions around decolonization and inclusivity; and cultural narratives around race, gender, and identity.  Most impressive were the leaders and representatives of each of the Atlantic Fellows programs, who were candid in sharing the challenges of bringing their respective programs to life, yet truly inspirational in describing their dreams for the future.

AP trustees brought a retrospective element to the program, as they reflected on their initial aspirations for these values-based, outcome-oriented fellowship programs.  Grants to these fellowship programs were among the last that AP made as it purposefully spent down its endowment – and they truly represent the sentiment of “big bets for a better world.”

Chuck Feeney founded The Atlantic Philanthropies in 1982, and while it ceased operations in 2020, the seven Atlantic fellowship programs embody its legacy of catalyzing change.