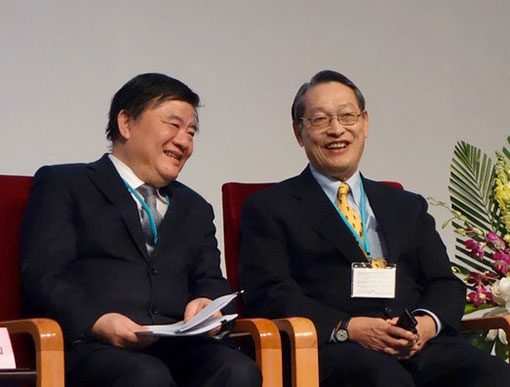 The Second Global Symposium on Health Systems Research, co-hosted by WHO, China's Ministry of Health and Peking University brought together more than 1,700 people from 110 countries to share knowledge and experiences in accelerating inclusionary progress towards achieving universal health coverage in diverse societies. Funded by a consortium of donors including CMB, the Rockefeller Foundation, and others, this Second Symposium was conducted in Beijing October 31–November 3 providing a platform for health systems scientists and policy-makers to evaluate progress, share insights, and recalibrate the agenda of science to accelerate universal health coverage.

Health systems research (HSR) is defined as research that enables societies to organize themselves to improve health outcomes and better deliver health services. In his opening remarks, Symposium Chair Tim Evans noted that there is growing demand from policy-makers for this type of systems evidence. Presentations and panels over the course of the Symposium illustrated ways that countries around the world are improving their knowledge bases, introducing methodologies to facilitate evidence-based policy-making, and monitoring access to medicine and care.

In his keynote speech, Minister of Health Chen Zhu illustrated some of the ways that China has been moving forward on health system reform during the period of its 12th Five Year Plan (2011-2015). For example, one of its priorities for advancing health reforms is to develop new mechanisms for grassroots operations, including setting up grassroots health institutions, training general practitioners, and implementing rational systems for compensation and fees. Health policy and systems sciences (HPSS) is a signature investment area for CMB, which over the past two years has made grants totaling more than $8.8 million to Chinese partner institutions. In the plenary session, CMB President Lincoln Chen said that health system sciences are directed at social action for good health, underscoring out that China has been historically “a wellspring of many health systems research innovations.”

The “Beijing Statement,” issued at the close of the Global Symposium, urged more research on social inequalities in health, including urbanization and aging; social exclusion; governance; and the balance of sectors, including informal, public, and private. To accelerate progress, a Research Consortium for Universal Health Coverage will be established for accelerating the production and application of knowledge and know-how for universal health coverage.