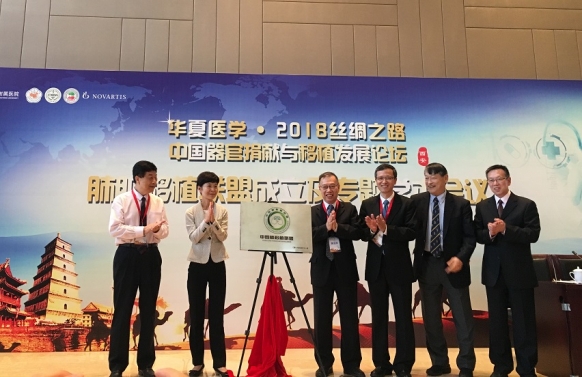 About 1,400 transplant surgeons and health staff attended the China-International Organ Donation Congress, held in Xi’an on September 21. The conference was opened by Huang Jiefu, chairman of the Transplantation Foundation of China; Health Commission Deputy Director-General Guo Yanhong; CMB President Lincoln Chen; and officials from the Red Cross and from Shaanxi Province.

Dr. Huang, a former president of Zhongshan University and Ministry of Health vice minister, has been a leading advocate for a forward-looking transplantation policy in China. A 2008 article in The Lancet, authored by Dr. Huang, described the need for regulation, and in subsequent years, China changed its definition of death to include brain death (2009), introduced a computer-based data bank to track donors and organs (2010), promulgated a criminal code addressing organ trafficking (2011), and began formulating a “China Model” for organ donation and transplantation. In recent years, the Red Cross has assumed the role as the linkage organization for voluntary donation and assignment of organs to recipients.

Over the course of a decade, CMB has provided grants to support Chinese efforts to develop a transparent, ethical framework for transplantation. In his remarks, Lincoln Chen posed several questions: What is the “China Model”? How similar is it to practices in other countries? How different? What are its technical, financial, and ethical foundations? Implementing effective transplant policies in China will need to take into account Chinese culture, where the of body of the deceased is viewed as a gift from parents, with parts not easily volunteered to others. Policies also will need to be harmonious with global ethical standards, which prohibit such practices as the use of prisoner organs and transplantation foreign tourism.