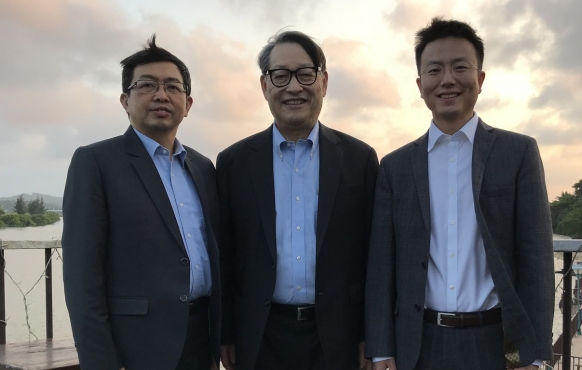 The 2018 Boao Forum, held April 8-11, focused the theme of An Open and Innovative Asia for a World of Greater Posterity and featured an opening address by President Xi Jinping on China’s commitment to globalization. President Xi’s speech was followed by speeches by heads of government from six countries, the UN Secretary-General, and the IMF Director-General. One Forum sub-theme was development of the “Health Industry” on the Belt and Road, which included a CEO roundtable panel discussion. CMB President Lincoln Chen, attending the Boao Forum at the invitation of Hainan Governor Shen Xiaoming, participated in the panel discussion.

In his brief comments, Dr. Chen pointed out that most Belt and Road Initiative (BRI) countries spend only 6 percent of GDP on health, compared with a global rate of 10 percent. This indicates that the scope for expansion of health expenditures is high. But what will patients and health systems spend the money on? While drugs, vaccines, and devices are obvious candidates, Dr. Chen argued that human resources for health could be a major target of health expenditures because improving the workforce in a service industry would bring substantial benefits to China and BRI countries. Dr. Chen argued that health is essential to protect trade and connectivity.  History shows germs move with trade and migration. China imported polio from Pakistan and malaria from Southeast Asia, and its SARS epidemic paralyzed China’s trade. As BRI increases the flow of people and goods, China has the opportunity to expand its leadership role in global health.