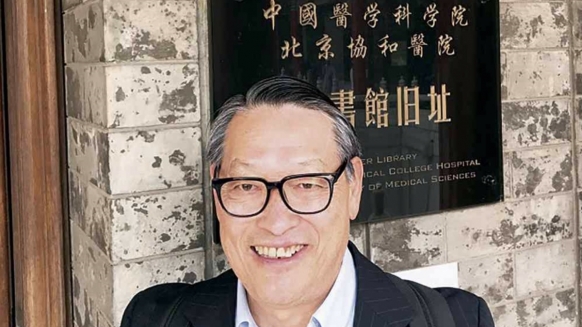 The Board of Trustees of China Medical Board expresses its deep appreciation to Lincoln C. Chen, who retired on December 31, 2020 after a remarkable 14-year tenure as CMB President.

Lincoln brought a unique combination of realism, ambition, and boundless energy to the role of CMB President.  He was clear-eyed in perceiving that CMB’s financial resources were modest and would diminish in scale as China and other parts of Asia dramatically expanded their economies. But he also understood that CMB’s real treasure was its commitment to academic excellence, collaborative spirit, and ability to connect medical educators, health professionals, and policymakers in Asia to their international peers.  He was strategic in recognizing where early and sustained investments could make a difference – and today we count among his many successes CMB’s early support for training global health professionals in China; facilitating the first Lancet China Series; and investments in next-generation leaders through Open Competition grants for health policy researchers, the Equity Initiative, and other programs.

As colleague, confidant, and networker, Lincoln generously shared advice and constantly sought feedback on CMB’s work.  He was a tireless traveler, having made 106 trips on CMB’s behalf.   CMB opened offices in Beijing and Bangkok during Lincoln’s tenure, positioning the staff to better understand the landscape in which its programs resided.  And he oversaw memorable celebrations of CMB’s centennial, using that milestone as an occasion to link CMB’s heritage to goals for the future.

In recognition of his transformative leadership of CMB, the Board of Trustees has elected to designate Lincoln CMB President Emeritus.  In addition, an annual lecture in his honor, the Lincoln C. Chen Lectureship in Global Health at CMB, will be established.

With gratitude for his service, we extend our best wishes to Lincoln for a most rewarding retirement.

Wendy O’Neill, CMB Chair, on behalf of the Board of Trustees