China Medical Board Announces the Appointment of Dr. Roger I. Glass as President 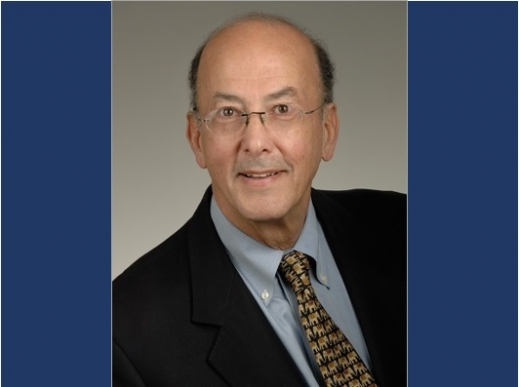 (January 17, 2023)  The Trustees of China Medical Board announce the appointment of Roger I. Glass, MD, PhD as the next President of China Medical Board. Effective January 15, 2023, Dr. Glass will be President-designate, and he will assume the presidency on April 15, 2023. After this three-month transition period, Dr. Barbara J. Stoll, who has served as CMB President since January 1, 2021, will remain a Senior Advisor to CMB, working on programs related to medical education; maternal and child health; and leadership development, including women’s leadership, CMB Clinical Fellows, and the Equity Initiative.

Wendy O’Neill, Chair of the China Medical Board, said “The entire Board of Trustees joins me in enthusiastically welcoming Dr. Roger Glass as CMB’s next President.  Roger is an internationally recognized leader in global health, with deep experience in building collaborative, mutually beneficial relationships among medical and scientific institutions and in developing the expertise and global connections of young scientists. We are thrilled that he will bring this experience to CMB, and we look forward to working with him in this new chapter of CMB’s support for health, equity, and the quality of care in China and Southeast Asia.”

Dr. Glass said “I am excited to join CMB, which has a long and rich history of advancing interprofessional health education, research, and leadership throughout China and Southeast Asia, a region with an outsized influence in global health today. CMB’s historic partnerships with key leaders of health institutions in the region and its trusted voice and unique and independent programs as a philanthropy have great relevance today as the world recognizes the importance of global health equity and appreciates yet again that disease threats anywhere can impact the lives of people everywhere.”

Dr. Glass’s distinguished career in global health spans five decades and includes leadership roles in public service, research, capacity building, and international collaboration. Most recently, Dr. Glass served as Director of the Fogarty International Center and Associate Director for International Research at the U.S. National Institutes of Health (NIH). As the longest-serving director of the Fogarty International Center (2006-2023), he led efforts to support and facilitate global health research conducted by U.S. and international investigators, building partnerships between health research institutions in the United States and abroad, and training the next generation of scientists to address global health needs. During his tenure, NIH helped launch the Consortium of Universities for Global Health, partnered with PEPFAR to support the Medical Education Partnership Initiative in Africa, joined the Global Alliance for Chronic Diseases (GACD), and launched the Human Heredity and Health in Africa (H3Africa) Initiative, followed by Harnessing Data Science for Health Discovery and Innovation in Africa (DS-I Africa), to build research capacity on the African continent by African scientists.

Dr. Glass spent much of his career at the U.S. Centers for Disease and Prevention (CDC), starting as a medical officer assigned to the Environmental Hazards Branch in 1977. On secondment from CDC, he worked as a Scientist at the International Center for Diarrheal Disease Research, Bangladesh from 1979-1983. In 1984, he joined the National Institutes of Health Laboratory of Infectious Diseases, where he worked on the molecular biology of rotavirus. In 1986, Dr. Glass returned to the CDC to become Chief of the Viral Gastroenteritis Unit at the National Center for Infectious Diseases.

Dr. Glass's research interests include the prevention of gastroenteritis from rotaviruses and other agents through the application of novel scientific research. He has maintained field studies in India, Bangladesh, Brazil, Mexico, Israel, Russia, Vietnam, China and elsewhere. His research has been targeted toward epidemiologic studies to anticipate the introduction of rotavirus vaccines. He has co-authored more than 600 research papers and chapters.

Dr. Glass has received numerous awards including the prestigious Charles C. Shepard Lifetime Scientific Achievement Award presented by the CDC in recognition of his 30-year career of scientific research application and leadership and the Dr. Charles Merieux Award from the National Foundation for Infectious Diseases for his work on rotavirus vaccines in the developing world. He also is the recipient of the Albert B. Sabin Gold Medal Award, Georgetown University’s Cura Personalis Award, Research!America’s Geoffrey Beene Builders of Science Award, Rice University’s Rice 360˚ Institute for Global Health Award, and the Jimmy and Rosalynn Carter Humanitarian Award from the National Foundation for Infectious Diseases. He is a member of the U.S. National Academy of Medicine.

Ms. O’Neill also recognized the contributions of Dr. Stoll. “We also want to take this opportunity to thank outgoing President Barbara Stoll, whose outstanding service over the past two years strengthened CMB during a period made especially challenging by the COVID-19 pandemic. Under Barbara’s leadership, our collaboration with leading institutions in China and Southeast Asia grew stronger and exciting new programs in maternal and child health and mental health services are taking shape. We are grateful that she will continue to serve as a Senior Advisor to CMB.”

“It has been a privilege for me to serve as CMB’s president and to play a role in shaping its programs and relationships with partners in Asia,” said Dr. Stoll. “We are fortunate to have a remarkable staff and the collaborative spirit of our friends and partners. I look forward to continuing to support CMB’s mission in my new role as Senior Advisor. CMB’s mission to advance health, equity, and the quality of care in China and Southeast Asia is even more important today than it was at CMB’s founding. I am delighted that Roger will be leading CMB, bringing extraordinary experience and wisdom to the role.”

About China Medical Board

The mission of China Medical Board is to advance health, equity, and the quality of care in China and Southeast Asia. Working in a spirit of collaboration at the forefront of strategic philanthropy, CMB strives to build capacity in an interdependent world that fosters innovation in professional education, policy research, and global health.

Launched in 1914 as the second major program of the Rockefeller Foundation, CMB was endowed in 1928 as an independent foundation incorporated in New York. CMB’s initial commitment was to establish and operate Peking Union Medical College in Beijing, which it carried out from 1914 through 1950. After withdrawal from the mainland of China in January 1951, CMB extended its capacity-building work across Asia – Japan, Korea, Hong Kong, Philippines, Thailand, Indonesia, Malaysia, Singapore, and Taiwan. Since returning to the mainland of China in 1981 CMB has expanded support in medical education and research to more than a dozen medical universities in Southeast Asia – Cambodia, Laos, Myanmar, Thailand, and Viet Nam.

In 2008, CMB launched a fresh initiative to strengthen scientific excellence in “critical capacities” among Chinese and other Asian institutions to address the premier health challenges of the 21st century – equitable access to primary and preventive health services in market-driven economies, so that all can benefit from the advancement of knowledge.

This work aims to advance health equity and quality by strengthening capacity in health policies for health systems and transformative education to strengthen physicians, nurses, and public health professionals. In China, CMB collaborates with a consortium of leading hospitals to model graduate medical education.  It also supports research, education, leadership development, and international collaboration in the fields of public health, nursing, global health, maternal and child health, and mental health. In Southeast Asia, CMB launched the Equity Initiative in 2016, supported by funds from CMB and The Atlantic Philanthropies, to promote leadership for health equity among cohorts of young professionals. It continues to collaborate with the Atlantic Institute and its six other programs in equity and social justice. In response to the COVID-19 pandemic, CMB worked with partners in China, Southeast Asia, and the United States to provided needed equipment and PPE, to support research and training, and to sustain international exchange and collaboration.

In over a century of philanthropy, CMB has directed hundreds of millions of dollars in grants and technical support to medical institutions across East and Southeast Asia. With an endowment of more than $300 million, CMB deploys more than $10 million annually. CMB has its headquarters in the United States and field offices in Beijing, China and Bangkok, Thailand, with most of its staff based in Asia. Led by its President, CMB has developed a team-based approach to its professional support activities.  Its Board of Trustees governs CMB’s organizational policies.