China Medical Board Announces the Appointment of Dr. Barbara J. Stoll as President 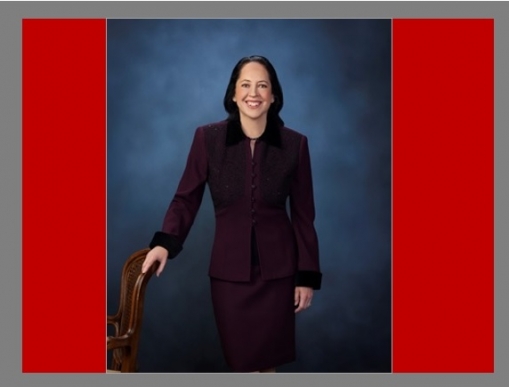 Dr. Stoll has had a distinguished career in academic medicine—as a clinician, educator, research scientist, and administrator. Most recently, she served as the H. Wayne Hightower Distinguished Professor in the Medical Sciences, Professor of Pediatrics, and as the first woman Dean of the McGovern Medical School at the University of Texas Health Sciences Center (UT Health, 2015-2020). Earlier, Dr. Stoll was the George W. Brumley, Jr. Professor and Chair of the Department of Pediatrics at Emory University School of Medicine (2003-2015). Dr. Stoll received her undergraduate degree from Barnard College and her medical degree from Yale Medical School. She trained in Pediatrics at Babies Hospital (now Morgan Stanley Children’s Hospital) of Columbia Presbyterian Medical Center and completed fellowship training in Neonatal-Perinatal Medicine at Emory.

Dr. Stoll’s research has focused on perinatal epidemiology, neonatal infections, randomized clinical trials in neonatal-perinatal medicine, and international child health. Her research has been continuously funded by the US National Institutes of Health for over 25 years and she has authored over 375 peer-reviewed journal articles, chapters, and editorials and has co-edited several major reports. Dr. Stoll is a member of the US National Academy of Medicine (formerly the Institute of Medicine), the American Academy of Pediatrics, and served as President of the American Pediatric Society, the oldest and most prestigious pediatric academic society in the US. She has been recognized with a number of distinguished awards. Dr. Stoll has worked in several countries, including as visiting scientist at the International Centre for Diarrhoeal Disease Research, Bangladesh; the University of Goteborg, Sweden, and the World Health Organization (WHO) in Geneva.

Dr. Stoll is married to Roger I. Glass, MD PhD, director of the Fogarty International Center of the National Institutes of Health (NIH) and associate director for Global Health at the NIH, and is the mother of three adult children, Nina, Michael, and Andy Glass.

Wendy O’Neill, Chair of the China Medical Board (CMB), said “On behalf of the entire Board of Trustees I am thrilled to announce the appointment of Professor Barbara Joan Stoll as the next President of CMB. Professor Stoll is an outstanding leader in health and health education with a strong record of international experience. As a current CMB trustee she has a thorough understanding of CMB’s legacy and challenges going forward.”

“We also want to take this opportunity to thank outgoing President Lincoln Chen whose transformative leadership and distinguished service over the past 14 years has strengthened CMB as an innovative foundation advancing global health, especially in Asia.”

About China Medical Board

Launched in 1914 as the second major program of the Rockefeller Foundation, CMB was endowed in 1928 as an independent foundation incorporated in New York. CMB’s initial commitment was to establish and operate the Peking Union Medical College in Beijing which it carried out from 1914 through 1950. After withdrawal from China in 1950, CMB extended its capacity building work across Asia—Japan, Korea, Hong Kong, Philippines, Thailand, Indonesia, Malaysia, Singapore, and Taiwan. Since returning to China in 1980, CMB has expanded support in medical education and research to more than a dozen medical universities in China and another dozen medical universities in Southeast Asia—Cambodia, Laos, Myanmar, Thailand and Vietnam.

In over a century of philanthropy, CMB has gifted hundreds of millions of dollars in grants and technical support to medical institutions across East and Southeast Asia. With an endowment of nearly $300 million, CMB deploys more than $10 million annually. With headquarters in the United States and field offices in Beijing, China and Bangkok, Thailand, most staff are based in Asia. Led by the President, CMB has developed a team-based approach to its professional support activities. A 9-member Board of Trustees governs CMB’s organizational policies.

In 2008, CMB announced the launching of a fresh initiative to strengthen scientific excellence in “critical capacities” among Chinese and other Asian institutions to address the premier health challenges of the 21st century—equitable access to primary and preventive health services in market-driven economies, so that all can benefit from the advancement of knowledge.

This work aims to advance health equity and quality by strengthening capacity in health policies for health systems and transformative education to strengthen physicians, nurses, and public health professionals. In the recent past, CMB has supported a consortium of leading hospitals in China to model post-graduate medical education. In Southeast Asia, CMB partnered with Atlantic Philanthropies to launch and sustain the Health Equity Initiative to promote leadership for health equity among cohorts of young professionals, nurturing equity communities. In response to the Covid-19 pandemic, CMB worked with partners in China, SE Asia, and the US to help provide needed equipment, PPE, and to support research and training.