“Our Founding Story”: Building a Global Community of Leaders for Equity 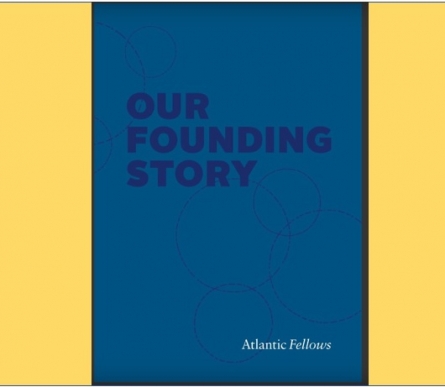 The Equity Initiative is one of seven values-based, outcome-oriented fellowship programs that were launched with the support of the “big bet” final grants of the Atlantic Philanthropies. “Our Founding Story” shares the inspiring story of business leader and philanthropist Chuck Feeney; Atlantic’s history of support for expanding opportunities, especially for the disadvantaged; and the motivation for the foundation’s final investment in a suite of fellowship programs, each dedicated to promoting systemic change for fairer, healthier, and more inclusive societies.

The starting point of “Our Founding Story” was in the early 1980s, when Chuck Feeney and his family donated their entire interest in his extensive international businesses to establish what became the Atlantic Philanthropies. Committed to “giving while living,” Feeney structured Atlantic to be a limited-life foundation, scheduled to cease its grantmaking in 2016 and close its doors in 2020. The board of directors determined that the final set of grants would be big bet, human capital programs focused on enhancing the capacities of social change leaders to make effective improvements in the lives of others.

The initial concept for the Equity Initiative grew out of conversations among Chris Oechsli, Atlantic’s president and CEO; Le Nhan Phuong, who worked with Atlantic in Vietnam for 13 years and now serves as the Equity Initiative executive director; and Lincoln Chen, then president of China Medical Board. The Equity Initiative was the first of the big bet fellowship programs to be launched (2016), backed by support from both Atlantic and CMB to fund the program for 20 years. We are proud that the Equity Initiative family has grown to include nearly 100 Fellows – with our sixth cohort to be announced in mid-February. These exceptional people are making connections with each other to build a lasting health equity community, as well as with other Atlantic Fellows throughout the world.