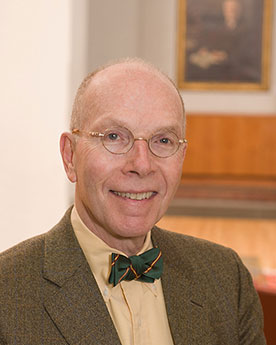 Dr. Jeffrey P. Koplan is Senior Strategic Advisor, Child Health and Mortality Prevention Surveillance (CHAMPS) and Principal Investigator, International Association of National Public Health Institutes (IANPHI). He previously was Director of the Emory Global Health Institute and Vice President for Global Health at Emory University. He is also a Co-founder and President of the IANPHI. A former Director (1998-2002) and 26-year veteran of the U.S. Centers for Disease Control and Prevention (CDC), Dr. Koplan began his public health career in the early 1970s as a member of the CDC's Epidemic Intelligence Service. He has worked on many major public health issues, such as as the Bhopal chemical disaster, and the health toll of tobacco and chronic diseases around the globe. He has extensive international experience including assignments in Bangladesh, India, and Trinidad and Tobago. He has collaborated with Chinese health officials since his first visit to China in 1979. His work has included U.S.-China bilateral projects, World Bank missions, and World Health Organization consultations. He is an honorary professor and senior advisor to the China CDC. He is a Master of the American College of Physicians and a member of the U.S. Institute of Medicine. He has written more than 210 scientific papers. He is a trustee of The Robert Wood Johnson Foundation and the China Medical Board. He chairs the Visiting Committee to the School of Public Health of Harvard University and is on the Board of Advisors, the Health Policy Institute, Beijing University and serves on the Independent Monitoring Board, Global Polio Eradication Initiative.