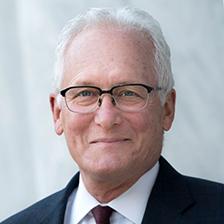 J. Stephen Morrison is Senior Vice President at the Center for Strategic and International Studies (CSIS), where he has directed the Global Health Policy Center since he founded it in September 2008. From 2000 until 2008, he directed the CSIS Africa Program, while also launching the CSIS Task Force on HIV/AIDS (2001-2007), co-chaired by Senators John Kerry and Bill Frist. During the Clinton administration, he served on the Policy Planning Staff, under Secretaries Christopher and Albright, and prior to that, conceptualized and founded USAID’s Office of Transition Initiatives. He served in the U.S. Embassy in Addis Ababa 1992-1993, directing its transitional work promoting democracy and good governance. From 1987-1991, he was senior staff on the House Foreign Affairs Africa Subcommittee, chaired by Rep. Howard Wolpe (D-MI.)

In recent years at CSIS, Steve has directed several high-level commissions, most notably the CSIS Commission on Strengthening America’s Health Security (2018-present), and the CSIS Task Force on Women’s and Family Health (2015-2017.) He is the author of diverse analytic reports and commentaries, a frequent voice on global health, U.S. foreign policy, and international security, across a range of media. His hour-long feature documentary film, The New Barbarianism (2017) focuses on the surge of violence against the health sector in over two dozen conflicts. A new feature-length documentary, The Pandemic Paradox, on the course of HIV/AIDS over the past 40 years and the risks of regression, compounded by the coronavirus pandemic, will be released in the summer of 2020.