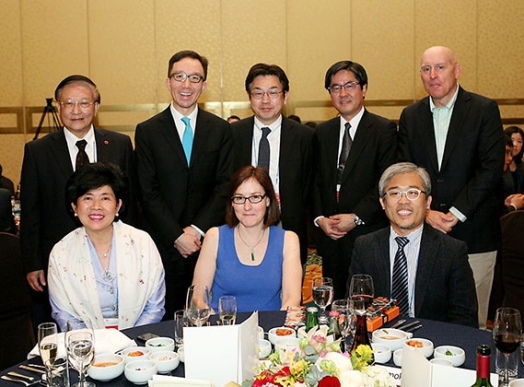 At the second of four major celebratory events in 2014, the CMB celebrated its 100th anniversary by gathering together 70 distinguished colleagues for the workshop “Medical Education in East Asia: Past and Future” in Seoul, South Korea on April 11-12, 2014.

The Seoul workshop brought together CMB Trustees with professors, deans, and researchers from both current and former key partner medical universities and institutes—including schools of medicine, public health, and nursing—from China, Hong Kong, Japan, Korea, Taiwan, Thailand, the US and UK.

CMB plans to publish a conference volume based on the workshop papers and exchanges that will be the first comparative institutional analysis of medical schools in East Asia in the 20th century. Looking to the future, the workshop stimulated cross-national exchange and evoked a shared desire for increased regional collaboration and networking in health.